Arsenal‘s in-demand Ainsley Maitland-Niles is desperate to move before Monday’s transfer deadline so he stands a chance of playing in potentially the biggest tournament of his career.

Maitland-Niles, 23, has made it clear that he wants to move to bolster his chances of making England’s squad for the Euros this summer which has sparked a rush of Premier League interest.

Leicester are interested in a loan deal with an option to make it a permanent transfer in the summer with Southampton, West Brom and Newcastle having also registered their interest.

Maitland-Niles is desperate to play for England, having established himself as a regular in Gareth Southgate’s squad but knows he will have to get more game time to guarantee his place in next summer’s tournament.

Southampton are keen but have made it clear they view any potential signing as a full back and Maitland-Niles still wants his long term future to be in midfield. 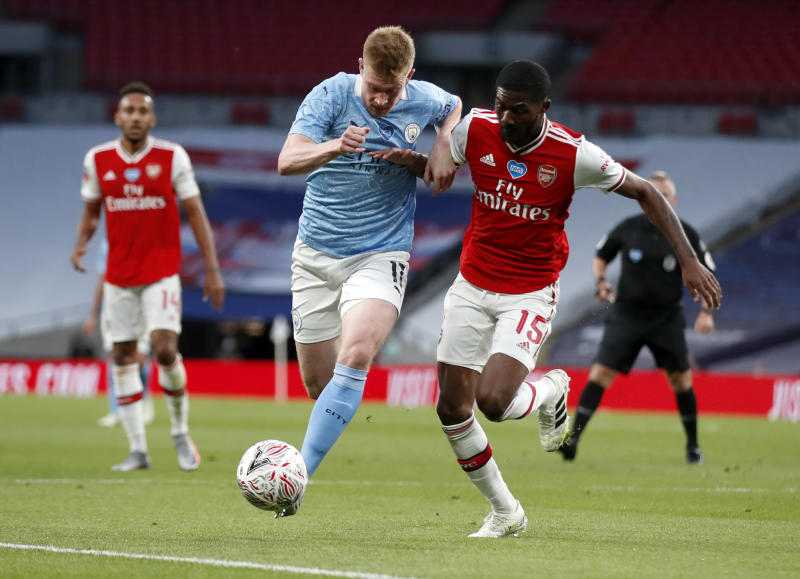 Maitland-Niles will have two years left on his contract at Arsenal in the summer, they did turn down a £20m bid from Wolves in the last window while there has also been interest from Atletico Madrid.

But if Arsenal allow the contract to run down until the summer they would run the risk of his value going down rather than cash in now with several clubs pushing to do a transfer.

England international Maitland-Niles is determined to remain professional and if he has to stay until the summer then he will be committed to Arsenal but would look to move then if it means getting regular game time.

He played a huge part in Arsenal’s run-in last season including a starring role in the FA Cup final but has been given limited chances this season and that has left him concerned for his England place.

It leaves Arsenal boss Mikel Arteta with a big decision to make before the end of the window and may not want to let him leave to avoid leaving himself short.